This question usually arises for beginners of the keto diet: what’s the Ketosis vs Ketoacidosis, and what’s the difference between them?

Ketoacidosis is mainly a situation when the body has little or no insulin to ferry the glucose present in the bloodstream back into cells for storage or use. However, the body doesn’t get the signal to slow or prevent ketone production because there is insufficient insulin to do this. Ketones then build up in the blood, together with glucose, and the elevated levels cause ketoacidosis.

A few of the symptoms of ketoacidosis would seem familiar with ketosis.

Frequent urination and being tired and at a state of psychological fatigue are also common occurrences when somebody is going through the initial stages of ketosis. This is where your system is getting used to the low-carb lifestyle and making its metabolic alterations. These indicators may be annoying but are harmless, and more importantly, they’ll pass after the first couple weeks of ketosis.

To be definitive in identifying ketoacidosis, the trick here would be to not zoom in on one particular symptom and become overly stressed. Ketoacidosis symptoms normally present themselves together, and if you were to be made to select one particular symptom to pay attention to, then that is the constant vomiting. When that is present together with stomach pains and shortness of breath, immediate medical treatment is required, as ketoacidosis can be a life-threatening issue.

The key here is that the inadequate supply or deficiency of insulin. This is a situation where most type 1 diabetic patients could locate themselves as well as to a lesser extent, a few people with type two diabetes. When the pancreas cannot produce the insulin level required to signal that the block of ketone production, that’s if ketone levels can go into overdrive and induce overly acidic conditions in the blood.

This does not mean type 1 diabetics or people who rely on outside insulin sources can’t adhere to the ketogenic diet. They can, on the condition that they monitor and preserve adequate insulin levels within the body. In scenarios where the pancreas remains in relatively good form and can furnish adequate amounts of insulin, the keto diet will have the ability to efficiently fix the insulin sensitivity of their human body’s cells and improve or perhaps reverse type 2 diabetes problems.

Previous Post: « How Keto Diet Helps In Weight Loss
Next Post: What Is Keto Diet? Introduction Of Ketogenic Diet » 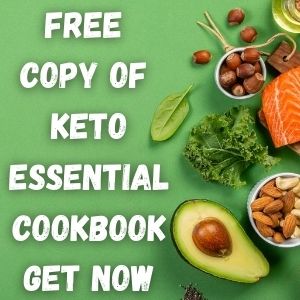